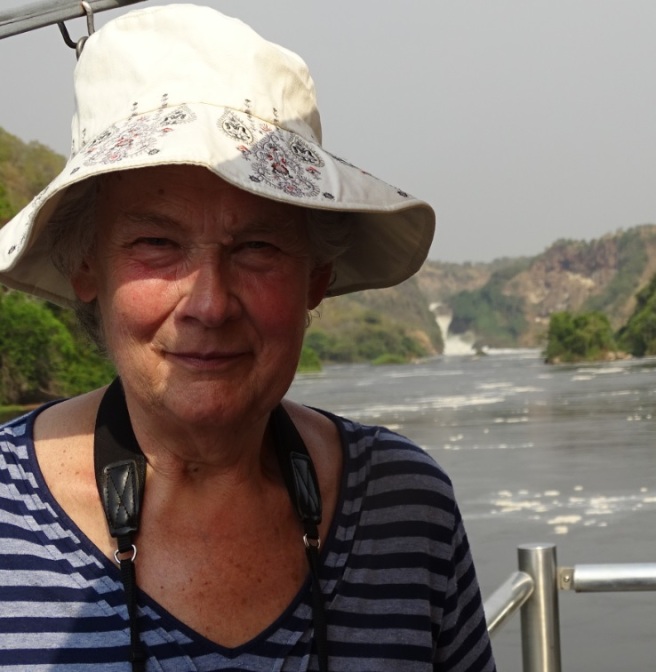 Ann lived in Uganda until she was fourteen then came to a farming community near Kings Lynn Norfolk. She studied at London University and worked mainly in London as a Psychiatric Social worker. Then had a family and lived in Raynes Park for many years. Her poetry arises from these transitions. The Lines We Trace is her first full collection since Warming The Stones published in 1994 in the period when she was teaching Creative Writing in Merton, Kingston and Richmond. She co-runs a weekly writing group in Raynes Park Library She is married to Reinalt and her children are Robin and Alys. She was an editor of the Long Poem Magazine for five years and has co-edited anthologies for Merton Poets.

I dress her, pull up the knickers,

I jab the head,

The limbs snap off,

A leg in my hand

the body is limbless.

My mother repairs her,

but her legs swivel.

One day a finger snaps off.

A chip in her curly head  reveals grit.

Linette tells me the bit

knocked off her nose

I try to straighten her knees,

wish her eyes to open and shut

but they remain painted.

the way she looks out,

a head full of thoughts,

Travelling the Roads in My Red Mini

I loved hearing the zing of tarmac,

winding the windows down, letting the air circulate,

singing to myself at the top of my voice

to keep awake on the long journey home

from Leamington Spa to Norfolk.

I loved swinging around bends,

daring to overtake if there was room.

The outside of the car was knackered,

seats and floor strew with bottles of juice and maps.

There were crumbs from the lunch I took in a layby

There was mud from the woodland walks I’d take

trying to shake off the  enclosure of the hospital,

my psychiatric load, the stench of cabbage water.

Once I took a man who had murdered his mother to a hostel,

and once I took a long-term patient

who was wedded to the hospital vegetable patch

to his long-estranged sisters in their semi.

They inhabit your car, the people you have given lifts to,

streams of thoughts you have harboured,